In our pursuit of helping:

We see our first duty as similar to the medical profession’s Hippocratic Oath, “First, do no harm.”  Or translated into our profession’s primary requirement, “First, don’t invest in endeavors with no worth.” 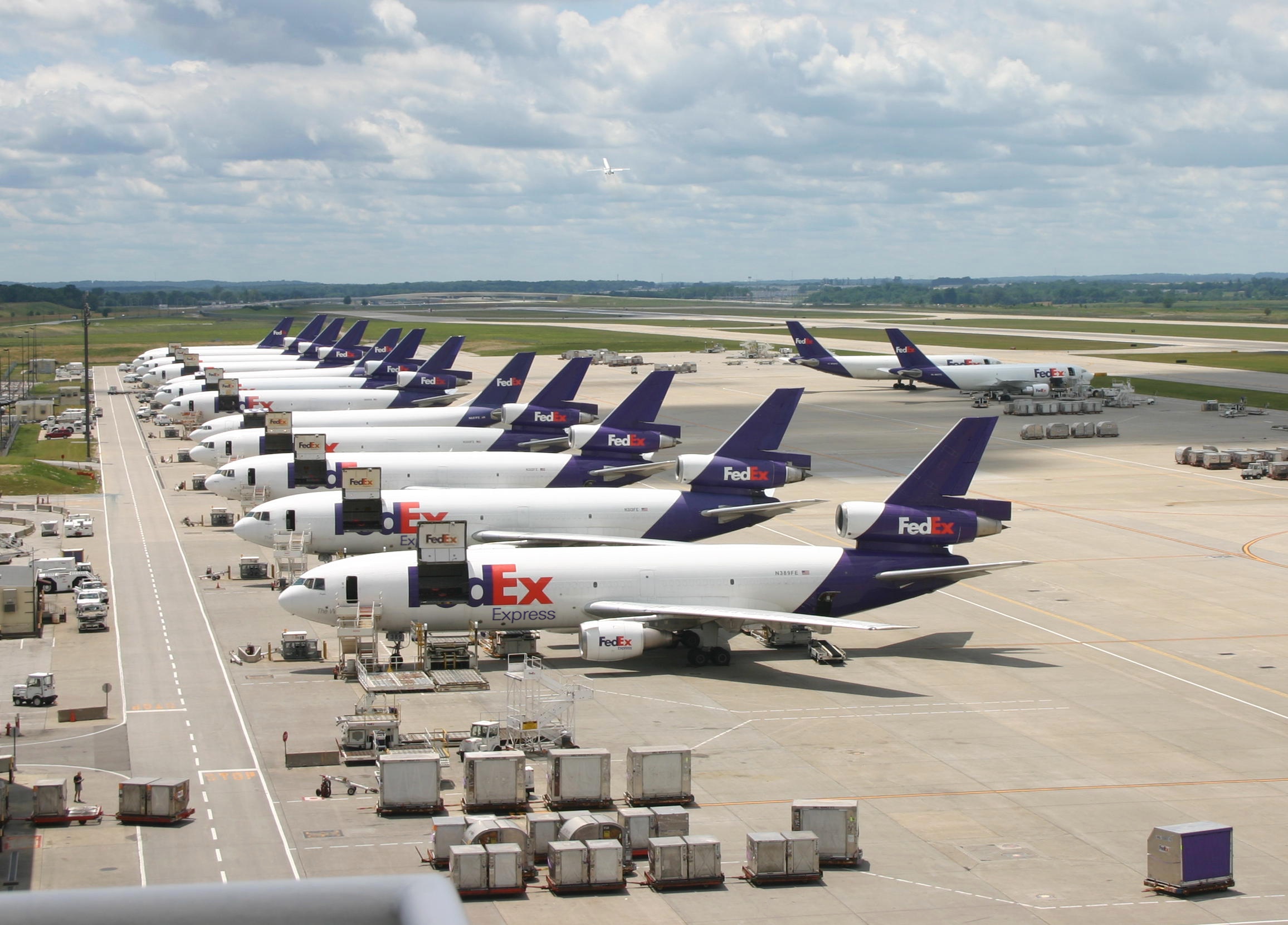 You cannot take a certificate for millions of shares of FedEx to its headquarters in Memphis and exchange that certificate for a FedEx airplane.  A stock or bond represents a legal right to an amount of, or percentage of, cash in the future, but investors are buying an intangible.  Our advice, our data on the industry and economy, or insights to historic patterns and future possibilities are also an intangible.  It is an intangible on an intangible, so our first duty is to not suggest anything that, despite perceptions to the contrary, is worthless. 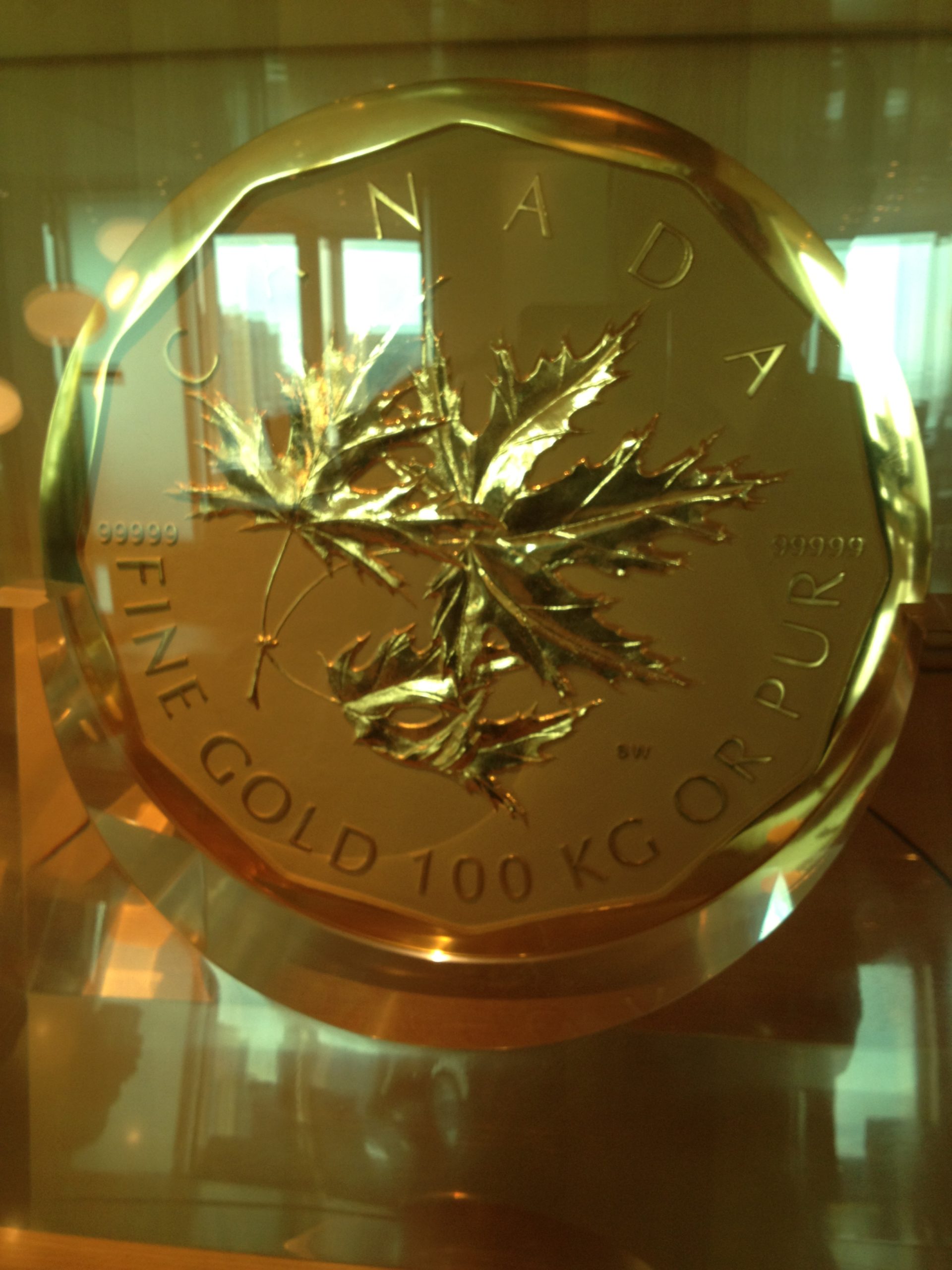 Sure, some money has value in the precious metal of which it is composed.

But, most units of ‘hard currency’ are only valuable if they are trusted as a worthy and reliable unit of exchange. 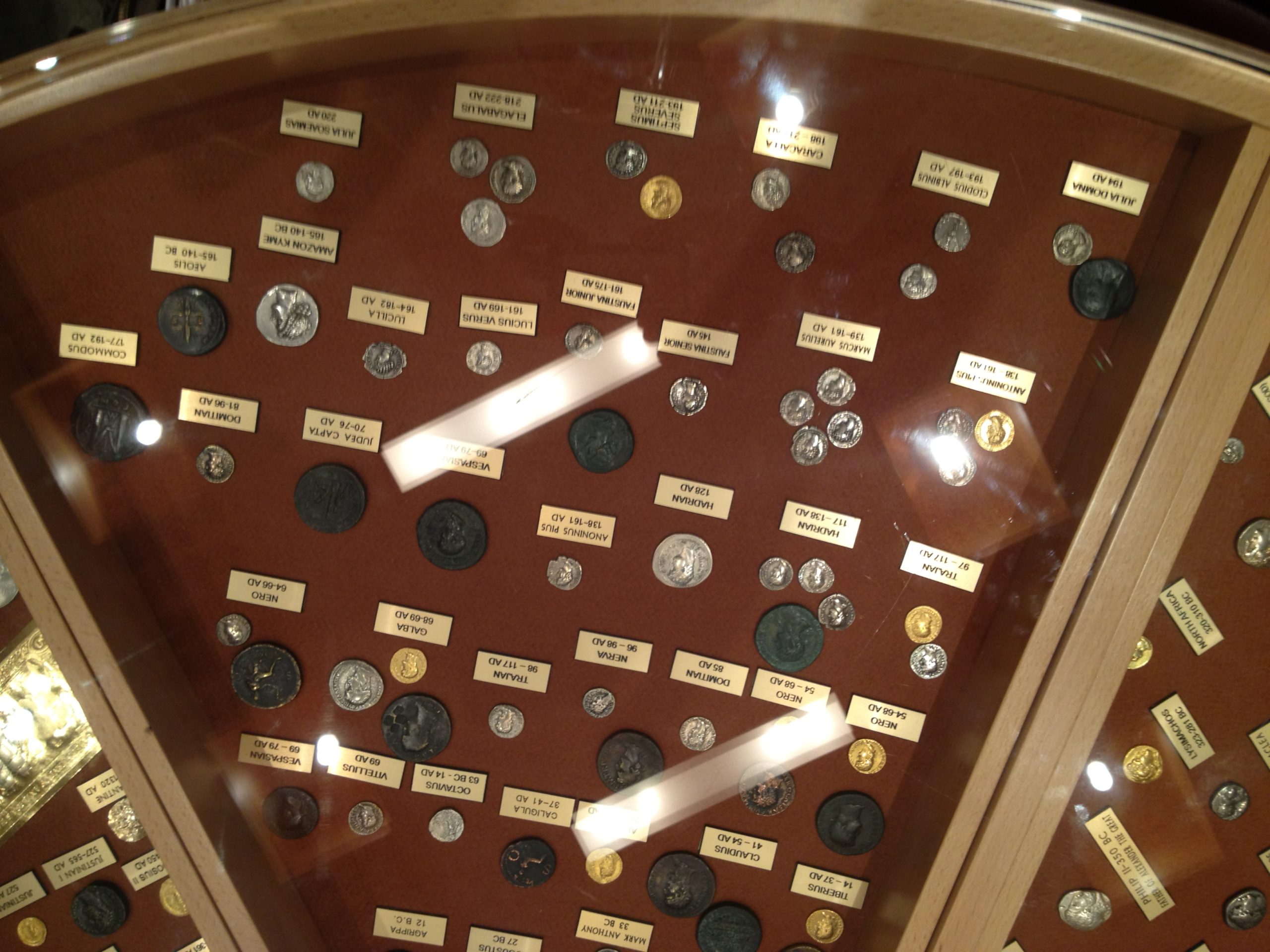 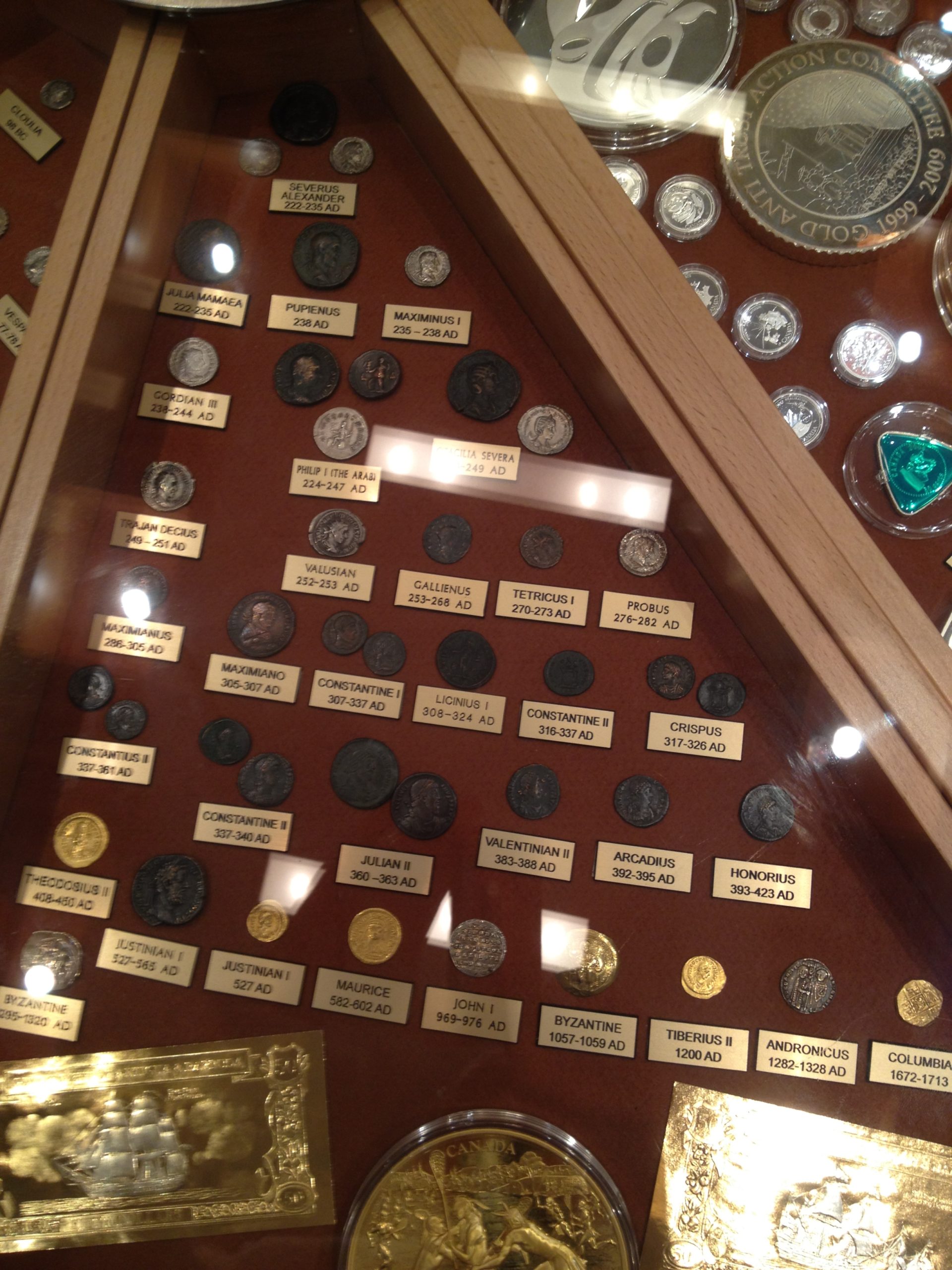 In all of these, even the pure gold one, except during periods of severe deflation, there is no income, no growth or appreciation in value. In order to receive that reward, you must take the risk of investing in the intangible.

The documents in our Wall of Shame: 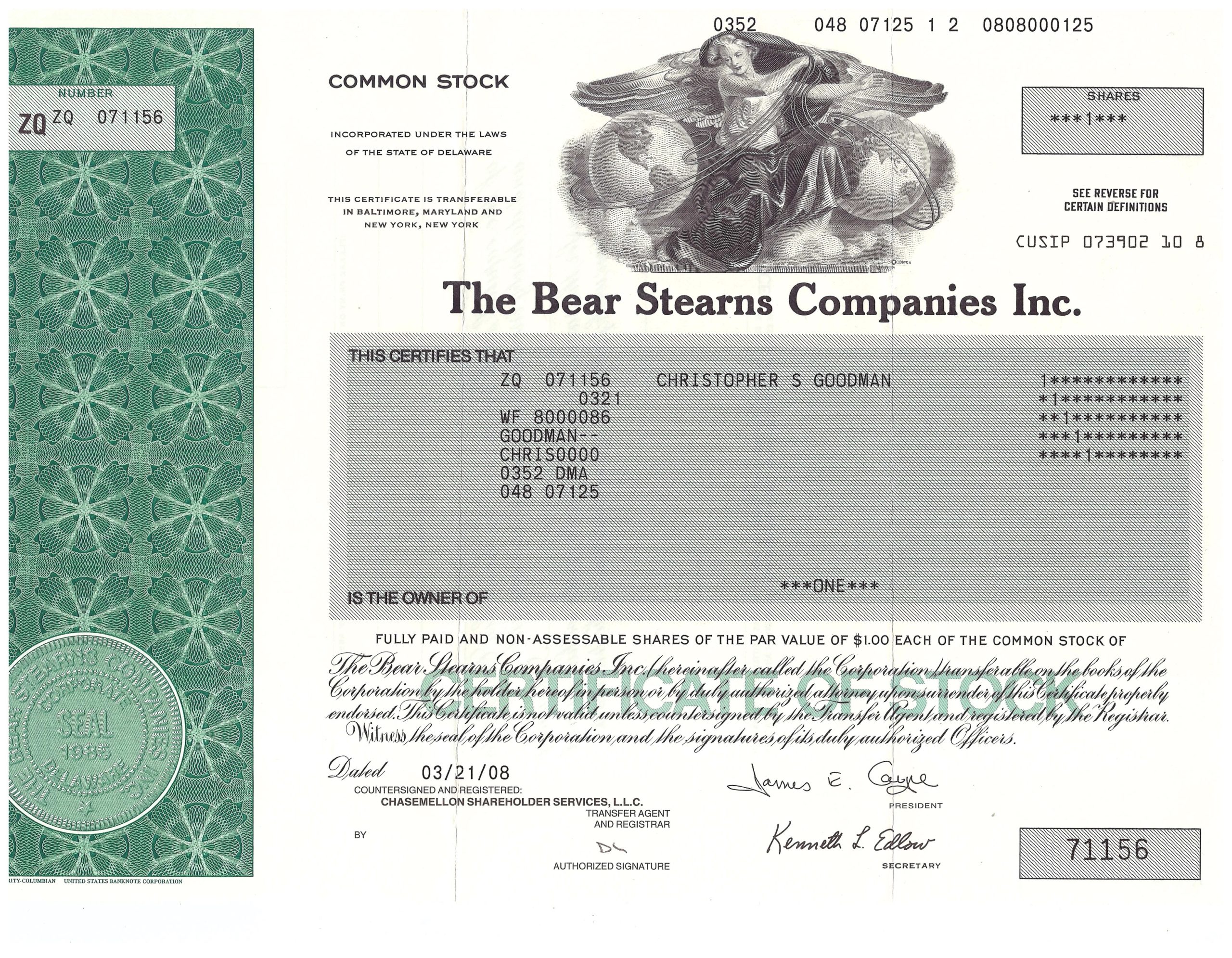 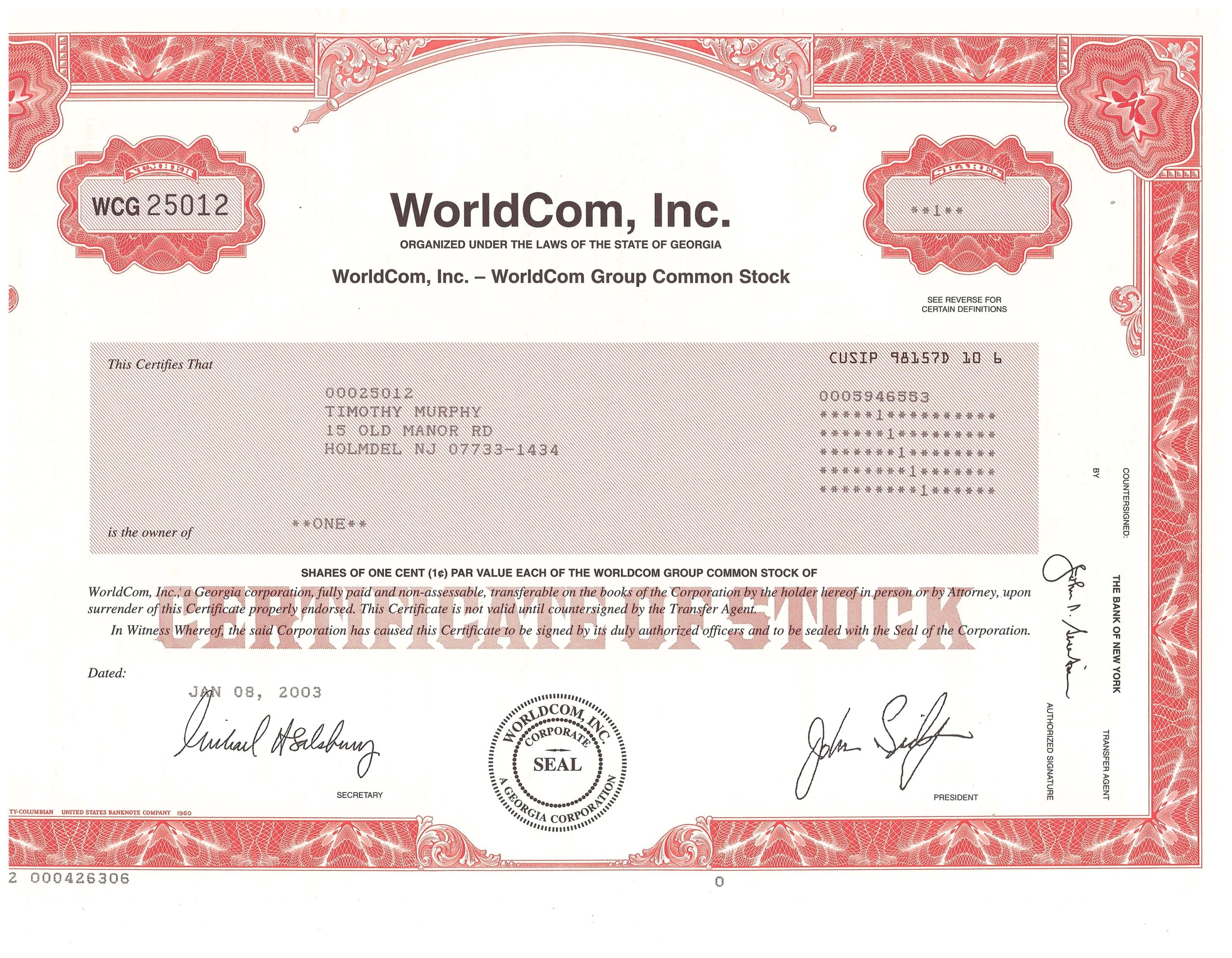 A growth through acquisition story that reached $175 billion in market capitalization. Management inflated results by capitalizing expenses and calling them assets, overstating income by as much as $3 billion in 2001. When it collapsed, the CEO and CFO went to jail, its auditor Arthur Andersen was destroyed, and along with Enron, led to the passage of the Sarbanes-Oxley regulation. 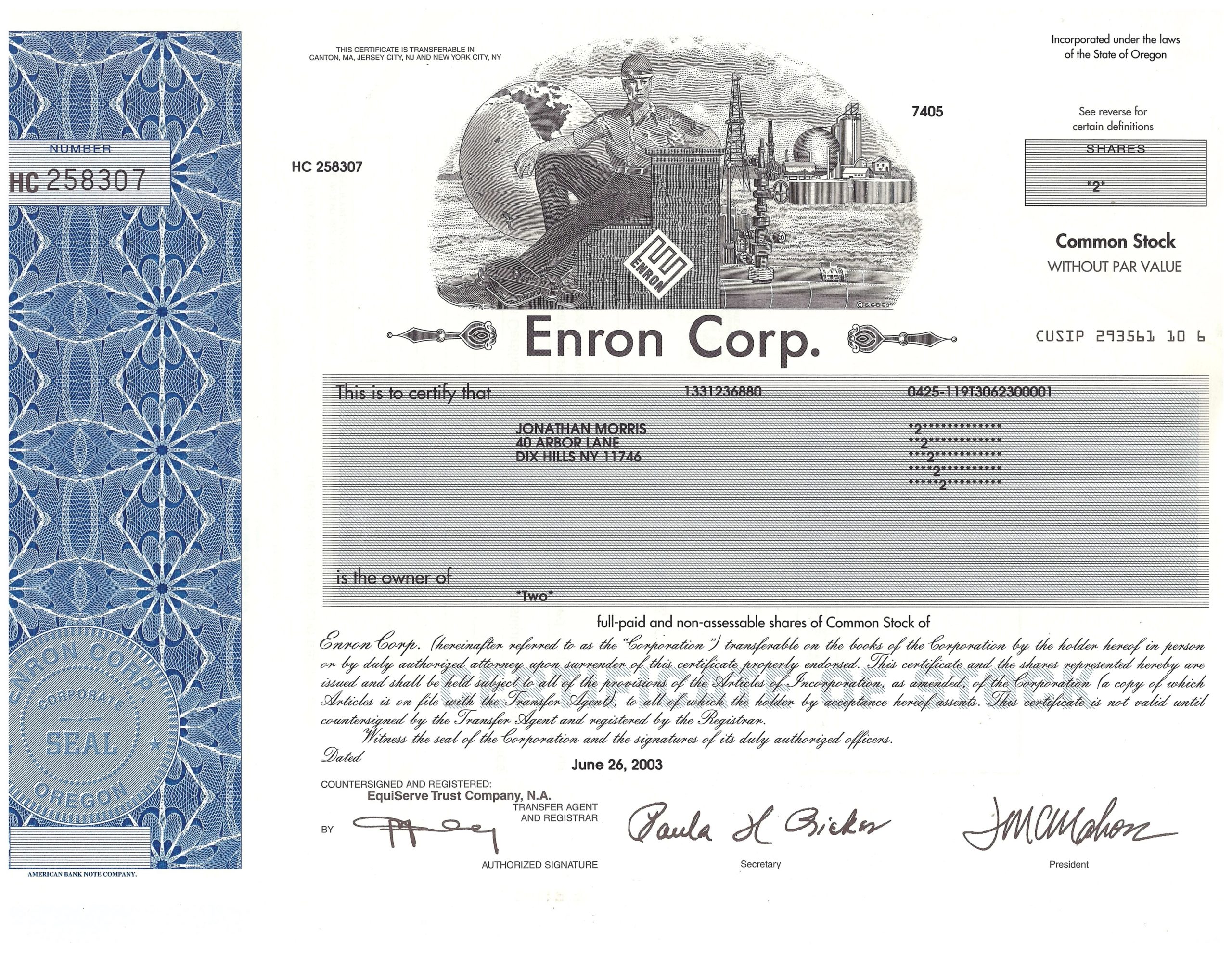 I’m proud to say that while at A.G. Edwards, I worked with the first analyst to downgrade Enron from a Buy to a Hold (yes, there was a point in time at which all of Wall Street had it rated Buy). A few months later, that same analyst then became the first analyst to downgrade Enron from Hold to Sell. The vociferous attack he received from Jeffery Skilling (the CFO who would eventually go to jail) and that analyst’s simple methodology of not considering income as real until it was converted into cash, inspired and guided me through every ‘Sell’ rating and management attack that followed for over 2 decades of my career. 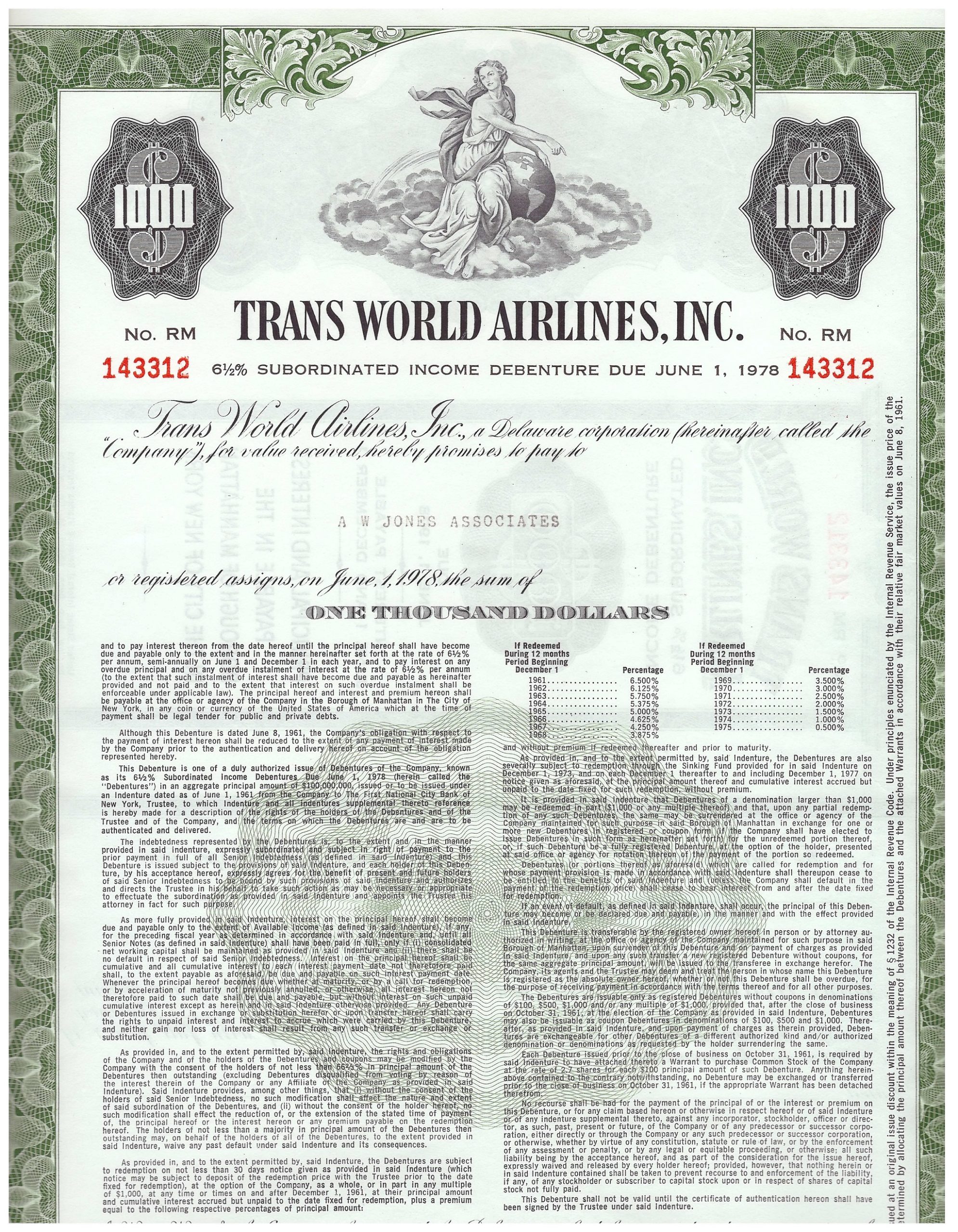 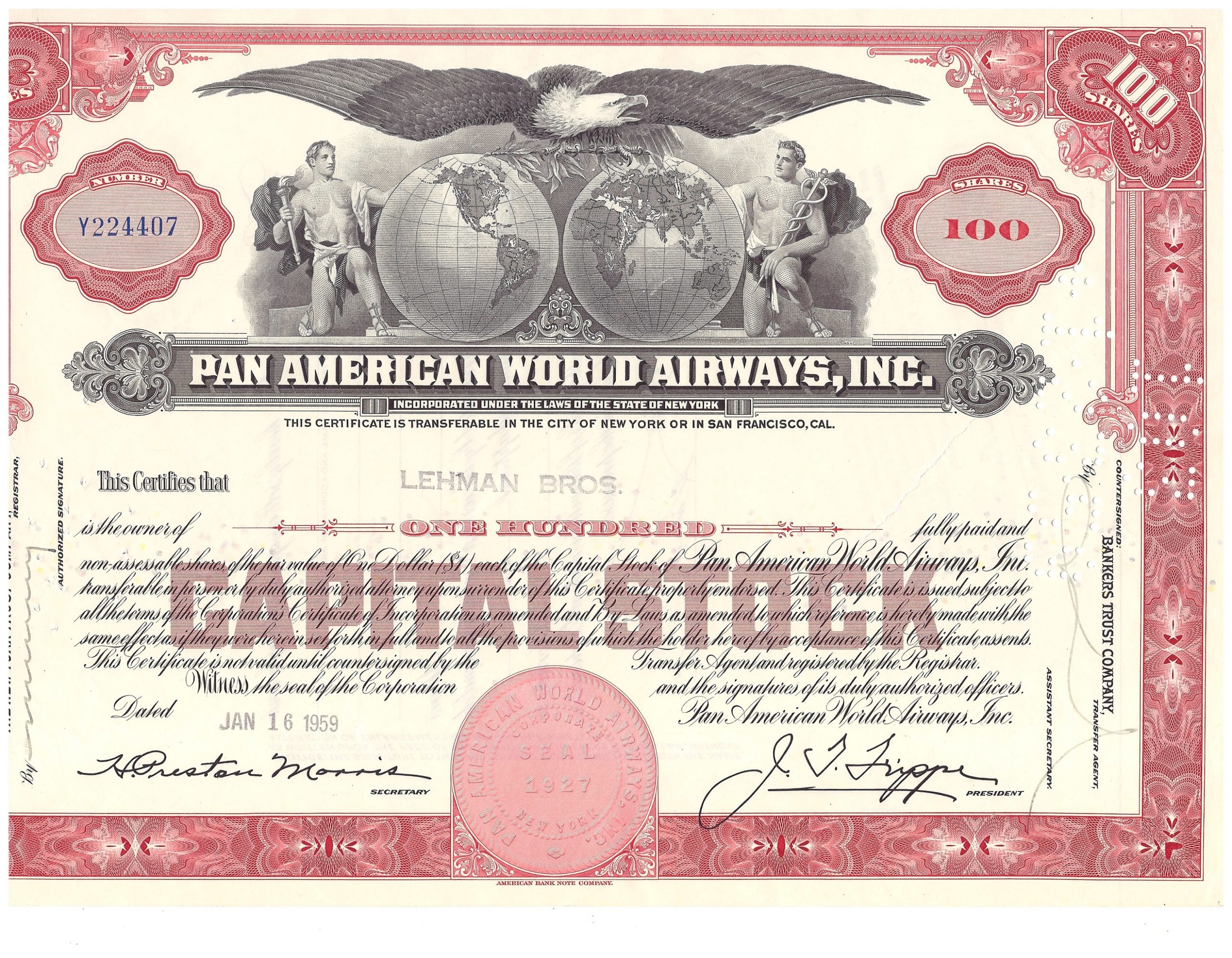 It transformed the industry from props to jets, led the expansion from narrow bodies to wide, and with IBM pioneered the computerization of airline reservations. With global reach and a brand name that was so well known it became a target. In 1988, a terrorist bomb killed hundreds of innocent people over Lockerbie Scotland, and within three years, one of the greatest airlines of all time was killed as well. Bonus points – look closely, the shares were held at Lehman Bros. 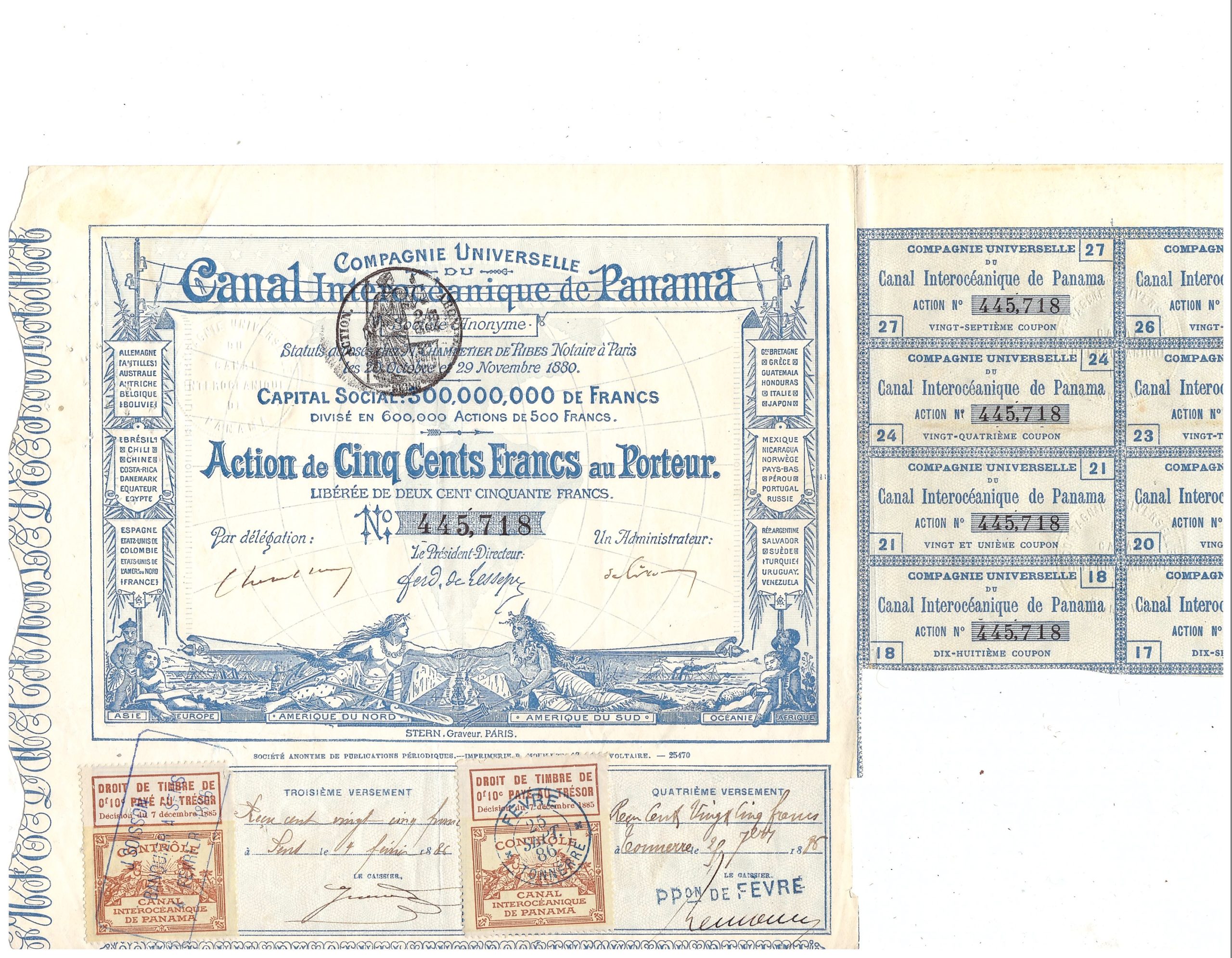 A bond from one of the first companies (a French firm) that tried and failed to dig the Panama Canal. A great idea that would eventually work, but far more complicated to complete than anyone could have imagined. Not that we needed another example, but great ideas aren’t necessarily great investments, and leading edge is often bleeding edge as well. At least they were able to clip a few of the coupons and get a little of their original investment back (in stark contrast to our last example).